2. Tip of the day: Triage, kick out the free loaders and never trade laggards

This is the big day, time to get back in the ring. Short squeeze came and went. Now, stocks are rolling over again. This is quite an unusual to do so though. Roll-over usually happen over the course of a week. This time, it’s different (just love to say that to confuse people).Roll over happens across asset classes on the same day. In fact, there were so many they had to be split in two files. It took more than an hour and almost half a bottle of Prosecco to process them. So, don’t complain there aren’t enough short selling ideas.

So, “is it the right time to dip our toes in the water ?” When everyone is buying, short selling seems like a bad idea. By the same token, when everyone around the world, across asset classes is selling, does it sound like a good idea to go out and buy ?

If You want details on any signal, send a mail or a comment and i will post it with comments. 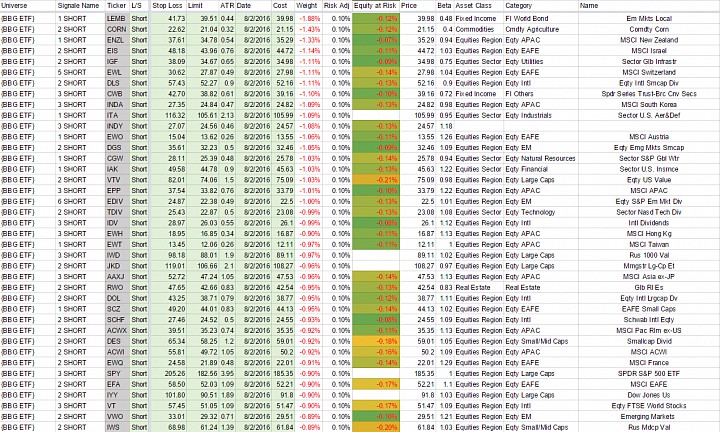 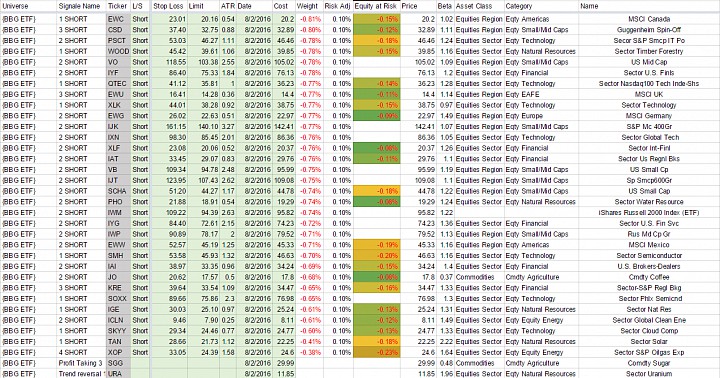 All signals are ranked by size assuming a 0.10% risk per trade. I placed a whole bunch of orders. The priority algo was as follows:

Tip of the day:

Managers often fail to meet their objectives not because of spectacular blow-ups, but because of the drag of poor performing stocks. So, relentlessly kick out stocks that do not react or perform poorly. Here is a simple powerful way to reframe the situation

If You owned a building, would You allow tenants to stay rent free ? No, You expect them to pay their rent. Apply the same discipline to stocks and performance will mechanically improve. Here is a simple elegant “how to” article

Brokers and fund managers have this constant fear of missing the boat (fear of missing out or FOMO). So, they have come out with this brilliant idea to round up thematic stocks and identify laggards. The basic thought is “This is the next…”. IBM is not the next Apple, Squarespace is not the next Facebook. Laggards are just left overs

The best remedy is to think that the boat You just missed is not an ocean liner but a Vaporetto. There will be another one shortly. The market will give You another chance

Want to join the discussion?
Feel free to contribute!